Amazon’s Sidewalk Network Is Turned On by Default

Here’s How to Turn It Off

The company’s Sidewalk mesh network goes live June 8. The good news is that you can turn it off.

Last week, Amazon said it would turn on Sidewalk, its mesh network that uses Bluetooth and 900MHz radio signals to communicate between devices, on June 8. I imagine that most people, even those who bought an Echo smart speaker in the past few years, have no idea what Sidewalk is.

I suspect most of those people would be even more surprised to know that it’s turned on by default on every one of their devices. I’ll get to that part in just a minute.

First, let’s talk about Sidewalk. The idea behind is actually really smart–make it possible for smart home devices to serve as a sort of bridge between your WiFi connection and one another. That way, if your Ring doorbell, for example, isn’t located close to your WiFi router, but it happens to near an Echo Dot, it can use Sidewalk to stay connected. 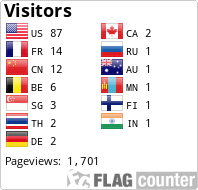